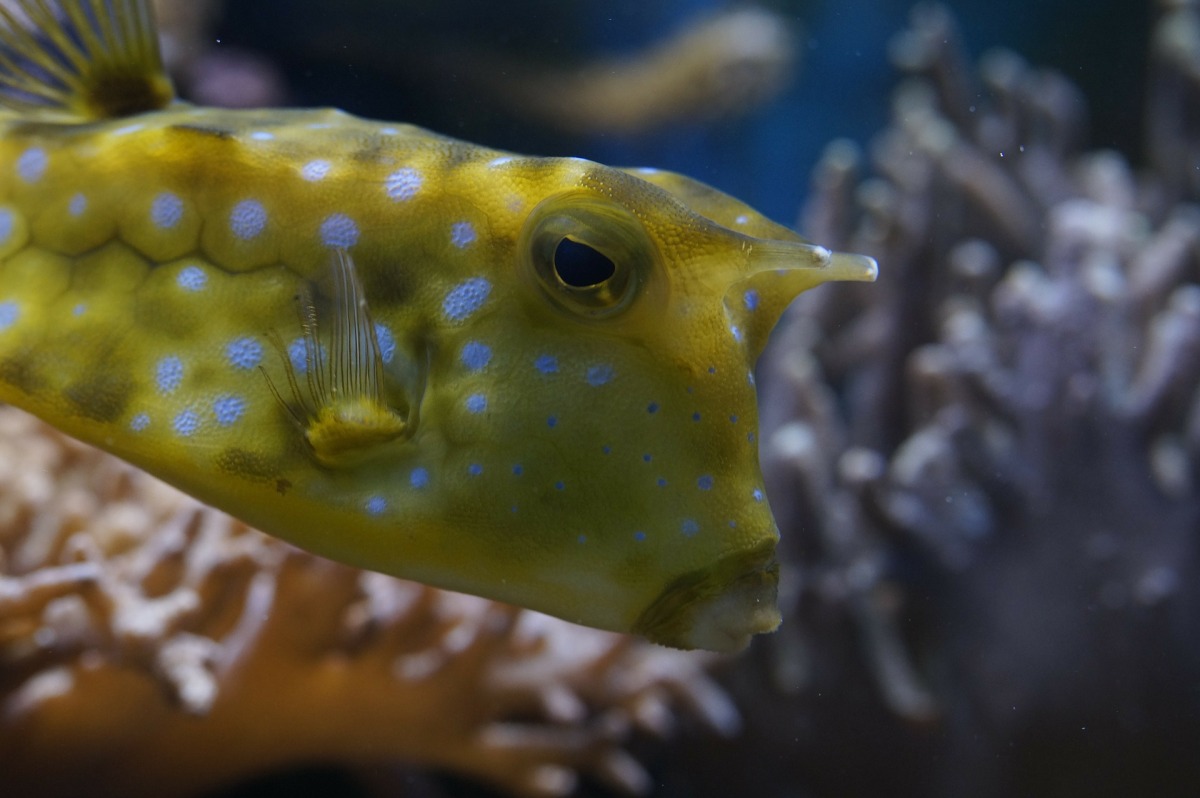 The Architect of the living organisms, who is a brainiac exhibits supreme capabilities, has endowed the bird with the brilliant idea to construct the intricate nest for her instinctive love to shield and feed her baby birds.

Other great exemplifications can be found in icefish and bacteria-like organism, that are superb to stay alive in extreme cold and hot temperature, with production of anti-freeze substance and strong resistance to scorching heat respectively.

Looking at orchid flowers, some are shaped, coloured and smell just like a female insect!  It’s no wonder bees are fooled spontaneously to transfer the pollen grains to other flower in a work of appendage.

Applaud to the uniqueness of the boxfish, its aerodynamic shape has inspired scientists to streamline the design of a car to an adoption of the fish’s strong and rigid, yet lightweight structure, that makes the car smooth in driving and a  feasible reduction in fuel consumption.

Children are fascinated by the presents they received on special occasions, and are seemingly oblivious to the world which is constantly more encouraging and inspiring with magnificent gift of splendour.

The gorgeous, lovely, precious and cherished Gift is opened graciously in a systematic way, much to the joy and delights through thorough strenuous effort and unreserved devotion since time immemorial, for a highly prestigious result.

Freshwater is life and can be found in wells, springs, lakes, rivers and reservoirs.  A comparative mightier ocean cover almost three-quarters of the Earth’s surface.  It is a massive area of water with a vibrant life of colourful and delightful fishes, crustaceans, mollusks, ocean and seashore animals, including the largest creatures, the great whales, which thrill the diver exploring this mysterious vast expanse of the underwater world.

The complexity of the ocean may be drawn by analogy with the human heart system.  With the size of a clenched fist, the heart works tirelessly and able to pump about five litres of blood in every minute.  It can hold amazing heart rate for a champion in vigorous swimming activities.  The cardiac muscles are special muscles that keep on pumping blood in and out of the heart without any rest!

Nature beauty of the marine habitat can be likened to the nature of human heart which is a conventional symbol of love.

The Ugly Duckling, a literary fairy tale, is a metaphor for inner beauty.  The strange-looking duckling has suffered as well as endured the abuse and a chain of fraternal mocking from the animals under the oppressive heat of the barnyard.  Nevertheless, he continued on his path and eventually found his eternal love in the family of swans of the spring lake, in which he is the most beautiful young swan, a transformation for his outwardly calm posture amidst the thorny trails without a resentful heart.

From an aesthetic point of view in nature, the heart is an exemplary model for love, life and happiness, that is formed in the foetus, glowing and growing with health in a mother’s water bag.

Tamed rats are generally friendly and can be taught to perform selected behaviours.

Rat is the first in the twelve-year cycle of Chinese zodiac.  According to legend and myth, the three blind mice have ventured into the dangerous world and are paying dearly for the mistakes with eyesight lost and tails cut off mercilessly.

Eventually these three mice regained their eyesight as well as the tails renewed under the auspices of a motherly woman, who is wonderfully warm and maternal.

In this perspective, the three blind mice have triumphed over the tribulations and embarked upon a new course of excitement with new insights of family values.

The beloved Mickey Mouse and Minnie have entered children’s marvellous world of cartoon characters.  Whereas in Tom and Jerry, the intelligent mouse has cleverly escaped each and every endeavour of the cat’s bad intention to devour him.

Besides, Remy the rat is an expert in cooking the French cuisine, Ratatouille, which he has skilfully added other ingredients to complement the soup to a mouth-watering masterpiece.

Oh, yes, our heroic largest working rodent, the Gambian giant pouched rat (Cricetomys gambianus) is trained to take up the praiseworthy task to associate the scent of explosives by grooming and scratching at the earth in order to identify the presence of explosives.

In anthropomorphic sense and the like, rat is talented, sophisticated and has gained in popularity in social interaction; it has artistically carry for itself a symbol of love and pride in a graceful and humorous way.

Ultimately and more importantly, the three blind mice may reform their bleak future in preserving family values that entail three generations for a household of grandparents-mice, parents-mice and lively tiny mice, a resultant eye-opener.

Marriage is a commitment of a lifetime.

The Wedding Ring has its significance when a couple got hitched promises to interchange in marriage vows.  It is benevolent and a token of love between a bride and a bridegroom.

With mystical pure invisible inscription of words of love on the ring of generosity that will glow in the practice of the supreme marital fidelity, which is fundamental; it will not expand to escape its wearer unceremoniously.

This elegant ring is relatively powerful in a sense that it works in miracles after finding its dual owners, that are loved as Mother Nature’s own reciprocally, and be rewarded with a peaceful environment where there is no enmity, jealousy or immorality.  Kids born of such Wedlock is a lot more merrier and jovial!

Marriage works with infinite patience and the inextricable connection between marital bliss and spouses responsibilities.  When any character flaw is accepted wholeheartedly, the love may grow by leaps and bounds.  On the other hand, children has to conversely bear the brunt of a nasty divorce which has great impact on their healthy growth and development.

Lovebird is adorable and have vowed to love and cherish in absolute chastity, that will lift each other out of melancholy with everlasting love in…………….the blissful One Ring.

A pot of goodness, I’ve named it Goldlipot, that may serve Goldlilocks and the three bears, the girl with the golden locks who has eaten the bears’ porridge, yummy!

This pot contains food of thought, concern and affection with intrinsic nature of the work that makes it valuable for the growth that not only benefit externally, but internally as well.  Its role is integrated with perseverance under extreme strain of the ferocious heat to transform meals into nutrients of wonder, an integral part of the development.

Gosh, its delicious when Goldlilocks and the three bears are served with their tummy rumble for excitement……….The plants are just beginning to blossom in the dazzling light streaming through the laughter and happiness in this good atmosphere.

The taste plays a part as well, and may not be bad if its bitter or sour.  Externally it helps to nourish and grow, but more interestingly is when the adverse taste that is inevitable can be appreciated, with a beam of delight, in not forgetting the untiring effort that is put into for a wholesome sense of fulfilment.

The awesome and selfless Pot has unconsciously made a concerted effort with the Home Builder to live for the sake of others, wherein the little girl is invited to stay by the little bear, forming special relationship, that will ultimately serve a higher and greater purpose in establishing a Family.

It’s peculiar that a bird doesn’t topple off its perch as soon as it goes to sleep. 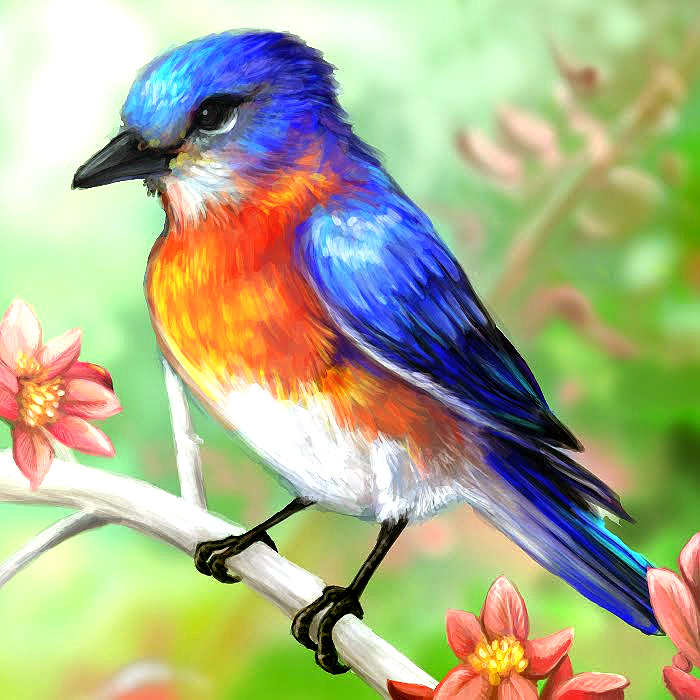 My heartfelt gratitude for an occasion of a baby bird…..Well, this poor tiny helpless bird has fallen from a height in the vicinity of its fellow birdie environment.  A kind soul has saved it, took care of it, tested its ability to survive on its own before finally decided to part with it to explore the world in the midst of its familiar region.

Bravo!!!  This is altruistic love exuded naturally, to partake the healing process for the wound in life which takes a certain period of time to heal and sustain.  Ever since infancy, the parents unceasing nurture has implanted a seed of love with a life force which enable the child to bloom vibrantly.  The wilted flower has not given up hope and striving for another energy to renew itself, which is comparable life source for the determination to go the extra mile that is deserving admiration and respect!

A pair of wings soaring high in the vast expanse of the blue sky reached full maturity and eventually channel to sanctuary of peace that is free of danger and risk, may harbour fears and doubts initially.  It is the courage to face challenges along the path that mystical Mother Nature has yearned to pave the way with patience and desire, that ultimately reached its goal.

Sincerely hope the ‘birdie’ will grow up well and learned to give comfort and joy and marvelled at the world and the cosmos, which can bring LOVE and PEACE, a cardinal importance………